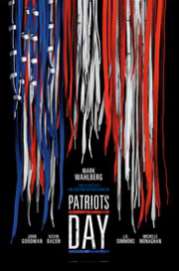 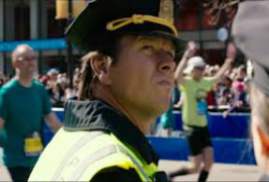 Taking into account the Boston Police Commissioner Ed Davis on the front and bombing Boston Marathon from 2013, which includes manhunt across town to find the terrorists after.